Hu An Cable Holdings Ltd (“Hu An”) is one of the top ten integrated cable and wire manufacturers[1] in China. Based on the accumulated results from 2Q2010 – 1Q2011, Hu An’s is ranked top four by revenue among seven listed firms in China. In addition, according to my personal compilation of 14 listed peers in Taiwan and China, Hu An has the lowest FY10 PE and highest ROE. Against the backdrop of the positive mid – long term industry prospects, I have arranged to meet Hu An’s CFO Sharon Xue for a 1-1 discussion. Below is an abridged version of the matters discussed.
Hu An’s 2nd TDR – in progress
Barring unforeseen circumstances, Hu An remains committed in executing the 2nd TDR Programme. They have obtained all the approvals for their 2nd TDR Programme in August and have about three months to carry out. If necessary, they may seek a three month extension period (till Feb 2012) to carry out this Programme. Meanwhile, company has been busy in meeting fund managers in Taiwan to facilitate this 2nd TDR Programme.
Expansion plans (almost a doubling of capacity in 2012) on track
With reference to Figures 1 and 2 below, Hu An remains on track on its expansion plans. However, in the near term (i.e. 2HFY11F), it is noteworthy that as the three production lines and the copper production plant have just started commercial production, it is unlikely that there would be meaningful near term contribution (likely more contribution in 2012). Secondly, there are likely to be higher depreciation charges as new equipment is being used. Nevertheless, management pointed that these lines which are operational in 3Q2011 and 1Q2012 would almost double their production capacity from 3,000 km to 5,760 km in 2012.
In addition, the new copper production is also on track to commence production in Sep 2011. Together with the new production lines in 3Q2011 and 1Q2012, it should bode well for Hu An in the medium to long term.
Figure 1: New production lines scheduled in 2011 and 2012
Source: Company
Figure 2: Copper production plant also on track
Source: Company
Further inroads to wind industry
Hu An Cable has recently secured a contract to provide cables for Phase 2 of Guodian Hefeng’s wind power project in Heilongjiang Province, following the successful delivery of RMB11.0 million worth of power cables to Phase 1 in October 2010. This increased their year to date contract wins to RMB102m with a total number of 35 projects in the bag and surpassed the company’s internal target of 25 wind farm projects in FY11. In the press release, Company elaborated that such projects enjoy high gross margins of 20-25%. Management also shared that in China’s latest 12th Five Year Plan, China is planning to increase the proportion of renewable energy to the total electricity consumption in China from 5% to 15% in FY2011-FY2015, thus fuelling strong demand for cables.
Sanguine industry prospects
In the recent 2QFY11 results briefing, management continues to be optimistic on the industry prospects. The PRC government mandates that the proportion of underground power cables has to increase from 40% to 60% by 2020 (underground power cables have higher margins). Furthermore, the continual urbanization in China bodes well for wire and cable manufacturers as 400m migrant workers are estimated to move from rural areas to urban areas in the next 20 years with estimated annual investment of RMB2 trillion. Figure 3 shows the estimated capex in the power industry under the 12th Five Year Plan.
Figure 3: Power cable sector boom under China’s 12th 5-year Plan
Source: Company 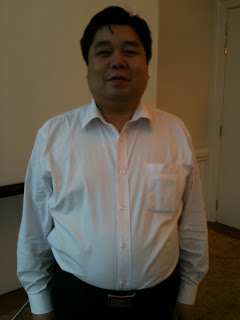 “We continue to see buoyant order enquiries
from our customers. Contracts are also
getting larger.” Dai Zhixiang, chairman &
CEO of Hu An said in 2QFY11 results briefing.
Management continues to see abundant opportunities in the industry and contracts remain abundant. To this, I pointed out the lack of earnings visibility as company does not divulge their order books. Management explained that although they do have some indicative “idea” on when the contracts would be awarded, they do not know for sure whether the contracts would be awarded this year or next year and this makes order book guidance difficult and less accurate. Thus, they refrain from giving order book estimates. Nevertheless, management emphasize that besides the increasing abundance in contracts, the size of the contracts is increasing. This should bode well for Hu An, especially with the increased capacity coming on stream soon.
Valuations against peers
With reference to Table 1, Hu An has the lowest FY10 PE and highest ROE among its 14 listed peers in Taiwan and China. This is in contrast to the average FY10 PE of 24.4x (Prospective PE was not available for most of its peers, thus historical PE is used) and ROE of 8.6%. In order for it to close the valuation gap (at least reduce the stark valuation gap), execution is key in 2012 where investors would see how the increase in production capacity would contribute to their bottom line in 2012 and beyond.
Table 1: Hu An’s valuations vis-à-vis its China and Taiwan listed peers
Source: Bloomberg (as of 21 Oct 11)
[1] According to “Wire and Cable Industry Research Report” issued by Shanghai Electric Cable Research Institute in 2009.

Disclaimer
The information contained herein is the writer’s personal opinion and is provided to you for information only and is not intended to or nor will it create/induce the creation of any binding legal relations. The information or opinions provided herein do not constitute an investment advice, an offer or solicitation to subscribe for, purchase or sell the investment product(s) mentioned herein. It does not have any regard to your specific investment objectives, financial situation and any of your particular needs. Accordingly, no warranty whatsoever is given and no liability whatsoever is accepted for any loss arising whether directly or indirectly as a result of this information. Investments are subject to investment risks including possible loss of the principal amount invested. The value of the product and the income from them may fall as well as rise. You may wish to seek advice from an independent financial adviser before making a commitment to purchase or invest in the investment product(s) mentioned herein. In the event that you choose not to do so, you should consider whether the investment product(s) mentioned herein are suitable for you. The writer will not, in any event, be liable to you for any direct/indirect or any other damages of any kind arising from or in connection with your reliance on any information in and/or materials appended herein. The information and/or materials are provided “as is” without warranty of any kind, either express or implied.  In particular, no warranty regarding accuracy or fitness for a purpose is given in connection with such information and materials.