Ying Li’s chart seems to be consolidating nicely around $0.14+. Where will it go from here?

With reference to Chart 1 below, Ying Li surged to an intraday high of $0.164 on 28 Nov 2017 immediately after the divestment announcement (See elaboration and announcement link below), before profit taking set in. Since then, Ying Li seems to be consolidating around $0.14+. Since 16 May 2017, Ying Li has been setting higher lows and higher highs. All the exponential moving averages (“EMAs”) have either stopped declining, or are moving higher. Although Ying Li’s share price has languished this year with a year to date (“YTD”) return of -2% (as compared to Yanlord’s YTD return of 21%), Ying Li’s OBV is near 20-year high which may signify accumulation. Amid positively placed direction indicators, Ying Li’s ADX is around 31.8 which indicates a trend. 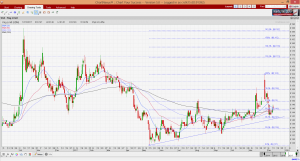 Do note that as with all chart reading, it is extremely subjective. Furthermore, as small caps are usually less liquid, chart reading may not be that accurate.

Some noteworthy developments, or points for your attention

Proposed sale of International Commercial Centre for a total cash consideration of RMB3.29b
On 28 Nov 2017, Ying Li announced that it was going to divest its International Commercial Centre (“ICC”) project and to transfer a piece of land (“Land Parcel”) to the Purchaser. The total consideration amount is approximately RMB3.29b, split over six tranches. The SGD equivalent amount is approximately S$672m, based on the announcement. (Click HERE for the announcement).

If this is successful, Ying Li will be able to

a) Recycle its capital and pursue new ventures and investment opportunities in Tier 1 and fast-growing Tier 2 cities in the PRC;

b) Strengthen its balance sheet by paring its debt and for general working capital;

c) Recognise an approximate gain of RMB343m (equivalent to S$70m);

d) Subject to approval, Ying Li can get the first two tranches of the divestment amount fairly quickly. Based on the total cash consideration of RMB3.29b, Ying Li can get 49.3% of the sales consideration (5 days + 30 days after completion of the proposed divestment), equivalent to RMB1,622m = S$332m. Ying Li’s current market capitalisation is around S$373m.

For the deal above, it is noteworthy that

a) Ying Li has written to SGX for a waiver of the need to obtain shareholders’ approval so that the transaction can be completed in an expedient manner. As of now, Ying Li has not obtained SGX’s waiver yet. If it cannot get SGX’s approval and needs to hold an EGM, it may take a longer period for the deal to be completed;

b) As with any proposed deal, there is no 100% certainty that it will go through. Even if it goes through, there may be some changes to the deal;

c) On 7 Dec 2017, Ying Li announced that it has maintained close communication with the relevant PRC authority throughout the tender and acquisition process for the Land Parcel and has received favourable response. However, in the remote event that the acquisition of the Land Parcel is unsuccessful, there will be changes to the amount of the consideration and the terms of payment. Please click HERE for the details.

It is noteworthy that Ying Li’s market cap is only S$373m. Thus, this proposed divestment with a total consideration amount of approximately RMB3.29b (S$672m equivalent) is substantial and I deem it to be likely positive in the short term, should it materialise. Coupled with its chart development, it seems to be an interesting trading idea.

Do take note that this is not a fundamental write-up. Ying Li catches my attention due primarily to the above proposed divestment and its chart development. Readers should do their own research and be cognisant that there are many risks, or questions to consider such as (but not limited to) the following:

c) Possibility of the proposed divestment falling through;

e) What is next for Ying Li after this sale…