Dow has logged a seventh consecutive rise and small caps as measured by S&P600 index have just closed at a record high as of 11 May 2018.

Our Singapore market has also done us proud too by becoming Asia’s best performing equity market on 2 May 2018.

In view of the above, is it a screaming buy for our Singapore market, especially our small caps which have under-performed?

Let’s take a closer look at the charts and my personal action plan.

Based on Chart 1 below, S&P500 seems to have broken above a downtrend line established since 26 Jan 2018 and has just breached above its recent high 2,717 on 18 Apr 2018. All the exponential moving averages (“EMAs”) have stopped their declines and are moving higher. 20D EMA has just formed a golden cross with 100D EMA but the strength of this golden cross requires time to ascertain. This is because ADX has declined to around 20.0 amid positively placed directional indicators (“DIs”). In my opinion, this indicates that the trend is quite weak. Indicators such as RSI and OBV have naturally strengthened with the rise in S&P500.

Based on Chart 2 below, Hang Seng seems to have broken the recent near-term downtrend. Nevertheless, it is still trading in a broad sideway range between 29,500 – 32,220 since early Feb 2018. All the EMAs have started to turn higher. DIs are positively placed but ADX is still at a low level 13.6 which indicates a lack of trend. Indicators such as RSI have gained strength recently. Based on chart, Hang Seng may continue to move higher to the upper end of the range around 31,800 – 32,220. However, given the low ADX, it is unlikely to have a sustained close above 32,220.

Based on Chart 3 below, it is evident that STI is the strongest index among S&P500 and Hang Seng. It manages to breach its Jan 2018 high on 2 May 2018 with an intraday high of 3,642. All the EMAs are rising with golden cross formed last month. However, I will like to draw your attention to some noteworthy points:

a) Although STI has formed a new high on 2 May 2018 as compared to 24 Jan 2018, indicators such as MACD, MFI, OBV and RSI have formed bearish divergences;

b) ADX continues to be low at 15.3 which indicates a lack of trend.

Based on Chart 4 below, it is evident that FTSE ST Small Cap Index (“FSTS”) is the weakest index among the above indices. Chart is entrenched in a downtrend since Jan 2018 with downward sloping EMAs and death cross formations. Although STI made another high in May, FSTS is near a one year plus low. The break below its neckline of the double / triple top formation points to an eventual technical measured target of around 377 which has yet to attain. One saving grace to the bearish chart is that some indicators such as MACD, MFI and RSI are showing bullish divergences. A sustained break above 393 alleviates the bearishness to some extent.

Chart 4: FSTS – a sustained breach above 393 alleviates the bearishness to some extent

Based on my personal interpretation of the above charts, viz. S&P500, Hang Seng and STI, they may have a maximum of two to three percentage points of potential upside in the near term. For myself, I have started to sell into strength last week, as I am cautious on the overall market in the next couple of months due to the below factors:

a) Most companies have already reported their results or / and dish out dividends. There are fewer catalysts to be invested at this time;

b) World Cup starts on 14 June 2018. Based on DBS’ research, they have studied the past six tournaments and concluded that STI fell an average 8.6% from end Apr to end June;

d) Ongoing U.S. China trade talks. Although it is not in anybody’s interest to stage an all-out trade war, the ongoing negotiations may throw out an occasional temporary spanner in the works which may cause markets to weaken;

e) Tensions between U.S. & North Korea have eased in recent weeks. However, it remains to be seen what will transpire on the meeting between President Trump and North Korean leader Kim Jong Un on 12 June 2018; 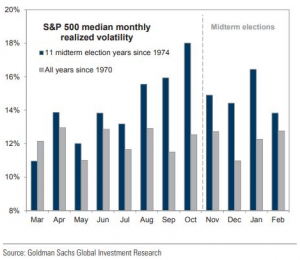 g) Investigations by Special Counsel Robert Mueller into whether Trump campaign officials colluded with Russia’s efforts to interfere in the 2016 presidential election are still on-going. It also remains to be seen what will happen in the next few months;

h) Economic data has slowed recently. For example, U.S. 1Q18 GDP registered 2.3% which was lower than 3% average of the previous three quarters. Some economic data have weakened of late, hence there have been concerns that the period of synchronized global growth may be approaching an end. However, there are hopes that the economic data may strengthen in the next few months. This remains to be seen;

i) Inflation is likely to rise over the course of 2018. Markets are likely to pay more attention with the rate of increase as they are worried that the U.S. Fed may be behind the curve, or they act prematurely;

j) Fed meets on 12 – 13 June and markets are pricing in for a rate hike. Attention will be focused on their FOMC statement and FOMC press conference;

k) More Wall Street firms are cautious in the equity market. Goldman Sachs just raised “cash” as an asset class to overweight with a horizon of 3 months, to reduce portfolio risk;

l) Although STI has reached an intraday high of 3,642 on 2 May 2018 which is also a ten year high, it is noteworthy that STI’s recent surge was mainly propelled by our three local banks which altogether constitute approximately 40% weightage in the STI (click HERE for the weightage). In other words, the rally is not a broad base rally. Recently, some IPOs such as Summit Power and Qualitas have shelved their IPO plans on our Singapore stock exchange due likely (my guess) to tepid demand for their shares. In other words, our Singapore market is not as strong as what STI is reflecting…

In view of the above, I have already started to sell into strength last week and have reduced my % invested to below 50%. Below is my *trading plan for the next couple of months:

a) Plan to accumulate small mid cap stocks with potential near-term catalysts on weakness (e.g. if they reported poor one off results with unchanged positive long term views etc). I have and will continue to share with my clients on my portfolio actions and some trading / investing ideas;

b) I may use CFD or cash to accumulate some blue-chip stocks either in Singapore, or Hong Kong, or Malaysia on weakness;

c) I may switch out some of my stocks to enter other stocks, should other compelling opportunities arise.

*Naturally, my market outlook and trading plan are subject to change as charts develop. My plan will likely not be suitable to most people as everybody is different. I do not know whether markets will definitely rebound, or continue to drop. However, I am acting according to my plans. In other words, my market outlook; portfolio management; actual actions are in-line with one other. Notwithstanding this, everybody is different hence readers / clients should exercise their independent judgement and carefully consider their percentage invested, returns expectation, risk profile, current market developments, personal market outlook etc. and make their own independent decisions.

P.S: Do note that as I am a full time remisier, I can change my trading plan fast to capitalize on the markets’ movements.